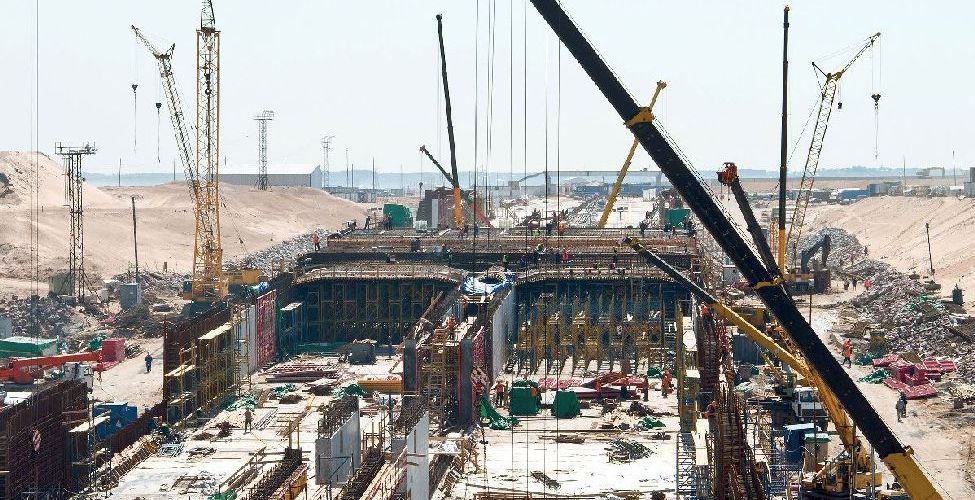 It’s estimated there is a shortfall of USD 1 trillion in spending on global infrastructure projects, while more than USD 150 billion of ‘dry powder’ or available finance raised from investors which could be available to be spent on infrastructure, remains uninvested.

With many Scottish-headquartered or managed investment, insurer and pension funds active in global infrastructure investments, I was pleased to attend the European International Contractors Conference in Paris to discuss the causes for the current massive gap in global infrastructure funding and possible scenarios to overcome this lack of funding.

France, USA, Germany, Spain and the UK all rank in the top 12 of the Global Competitive Index (which can serve as a proxy league table of where infrastructure is most mature), while countries like South Africa, Mexico, India and Brazil and other “emerging” markets languish in the bottom 100 rankings.

It is perhaps no surprise that the biggest spending gaps tend to be in countries where there is more uncertainty and greater corruption as its harder to take a long-term view on the viability of projects and certainty of financial returns in those countries – and the financing market does not respond well to more difficult and challenging territories. The disparity is confirmed by other research which shows ‘dry powder’ is most likely to be invested in North America and Europe, with Asia, Africa and the rest of the world losing out, illustrating the mismatch that exists between the supply and demand for finance.

This funding gap in developing and emerging economies exists because of a combination of political instability, economic concerns (credit worthiness), a lack of pipeline visibility of projects and immature supply chains which may not be able to deliver the end-project.

Mature economies are not exempt from infrastructure spending disparity and need to attract inward investment to meet social needs, to refurbish existing infrastructure, to boost productivity growth, improve energy security and smart energy initiatives and to develop or integrate new technologies, such as ‘infratech’ and digitalisation.

There are different and competing priorities for emerging economies – increased urbanisation, a need for economic infrastructure, transportation, connectivity and much needed greenfield projects.

In order to narrow this gap and to make the more difficult projects attractive and investable, there are two types of intervention to the market which can be made to give financers and investors greater confidence that they will enjoy a return on their investment and that it won’t disappear into the ether.

Development and multilateral banks such as the World Bank and European Investment Bank play a big role, helping to ‘crowd in’ finance by addressing political risk, credit rating and stability issues. Local and international banks and investors need to work more closely together while intermediary organisations like Export Credit Agencies can encourage investment in to greenfield developments.

Equally important to investors is the creation of a credible pipeline of projects and an example of a positive intervention was when a number of multilateral development banks, responding to a call from the G20, jointly developed SOURCE.

Supported by the Sustainable Infrastructure Foundation, SOURCE is a global public support platform now used by 40 Governments, which identifies projects which have a genuine chance of coming to fruition and have been through a stringent preparation process to reach a stage where they are capable of attracting external investment. Obtaining the SOURCE imprimatur speeds up the journey towards securing investment and Pinsent Masons supported its development and continues to support its goals, including the preparation and development of well-prepared projects.

To make a significant step forward in narrowing the global infrastructure underspend will require the techniques and approaches taken by mature markets to migrate to the emerging and developing economies. That means establishing more funds which are supported by multilateral banks, promoting aid and international development programmes to encourage private involvement, and introducing strategic measures to improve credit ratings and credit assessment of projects.

There is no longer such a clear distinction between emerging and developing markets. As investors and lenders get more sophisticated at managing and assessing risk, that distinction will blur further, helped by the interventions previously mentioned.

While the UK compares well in Global Competitiveness Index, ranked 11th, there is no room for complacency. Post-Brexit, sources of finance and investment from the EU (grants, loans and equity investment) will no longer be available and this will create a bigger spending gap which will need to be balanced with greater private and public investment.

By Michael Watson
Partner and Head of Finance and Projects Group, Pinsent Masons

© The original article was published in The Scotsman, on November 10, 2017 and can be accessed here