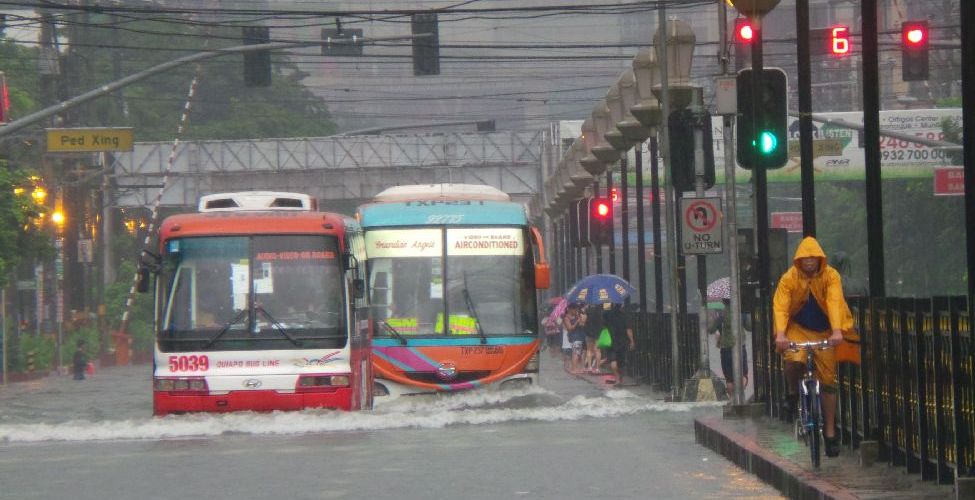 Flood events, particularly during the typhoon season from June to October, are a recurring problem in Metro Manila. They cause inundation of roads, exacerbate traffic congestion, and destroy the lives, infrastructure and livelihood of people, especially the poor.

Under the Metro Manila Flood Management Project, 36 existing pumping stations will be modernised, 20 new ones will be constructed, and supporting infrastructure along critical waterways will be improved in the cities of Manila, Pasay, Taguig, Makati, Malabon, Mandaluyong, San Juan, Pasig, Valenzuela, Quezon City, and Caloocan. Many of Metro Manila’s existing pumping stations were built in the 1970s and have become inefficient and underperforming.

“With this project, the government is taking an important step in the implementation of the Metro Manila Flood Management Master Plan designed to safely control floods in the national capital region and surrounding areas,” said Department of Public Works and Highways (DPWH) Secretary Mark Villar. “The Master Plan will take 25 years to implement, but this phase of modernising Metro Manila’s pumping stations will ensure that several million residents will be less vulnerable to floods.”

The project will cost USD 500 million, of which USD 207.6 million will come from WB as approved by its Board of Executive Directors on September 28, 2017. AIIB will provide another USD 207.6 million separately approved by its Board of Directors on September 27, 2017. The Philippine government will provide the remaining USD 84.79 million.

DPWH and the Metro Manila Development Authority will implement the project in close coordination with local governments and key shelter agencies. Slated to start this year, the project is scheduled to be completed in 2024.

In 2009, Tropical Storm Ondoy (Ketsana) hit the country, causing damage and losses equivalent to around 2.7 per cent of the country’s economy. In response, the Philippine government, with financial and technical support from WB, formulated the Metro Manila Flood Management Master Plan, which was approved by the National Economic and Development Authority (Board in 2012).