SOURCE endorsed by Heads of States 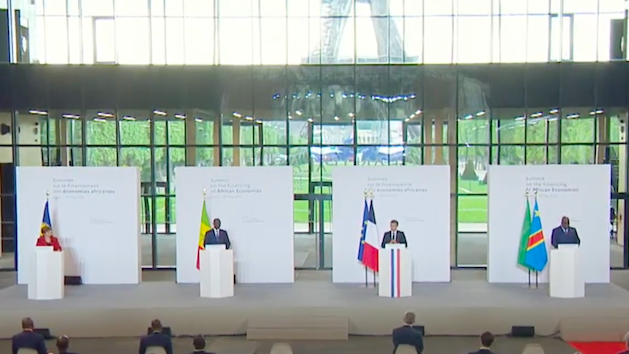 SOURCE was endorsed by Heads of States who called for its deployment on the African continent at the Summit on the Financing of African Economies in Paris.

On May 18th, 2021, the multilateral platform SOURCE was endorsed by about 50 Heads of States and leaders during the Summit on the Financing of African Economies in Paris hosted by the President of the French Republic Emmanuel Macron. In the Declaration of the Summit, the Heads of States called for the deployment of SOURCE on the African continent to support capacity development for planning and preparation of infrastructure projects and for the emergence of bankable projects.

The multilateral platform SOURCE, jointly led and funded by MDBs, is to be deployed as a key solution for the development and financing of quality and sustainable infrastructure projects in Africa, in accordance with individual country conditions, local laws and regulations.

Through the Declaration the Heads of States thereby commit to: